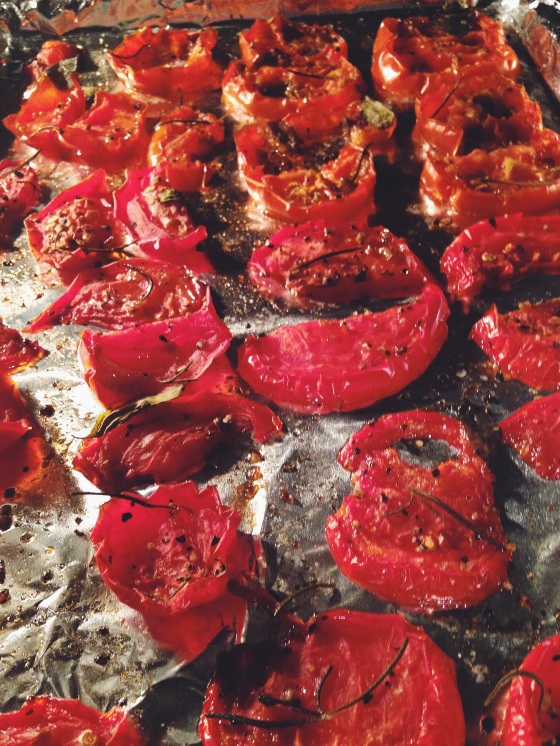 Although we are growing tomatoes in our container garden and we have been picking them off slowly (and usually devouring them raw with a salad or a la carte over the sink), we haven’t had such a tremendous bounty that we have needed to find ways to use them or preserve them.

Despite this fact, I made a batch of oven-dried tomatoes. I adore the sweetness of the sun-dried ones you can buy from the grocery store, and I even adore the texture. This batch that I made, actually came from a bushel that my parents bought and split with us. When we got them, there were already some that were getting soft, so I thought that this would make the perfect excuse to try my hand at oven roasting them.

I searched around Pinterest and found this recipe that seemed simple enough – no dehydrator necessary (just what I like!). I modified the recipe a wee bit by adding some of our garden-fresh basil and rosemary. And I have to tell you folks, these were so good that they were literally gone by the end of the night (which is saying something because they took nearly all day to “cook”):

Oven Dried Tomatoes (based upon Cook Like a Champion’s recipe) 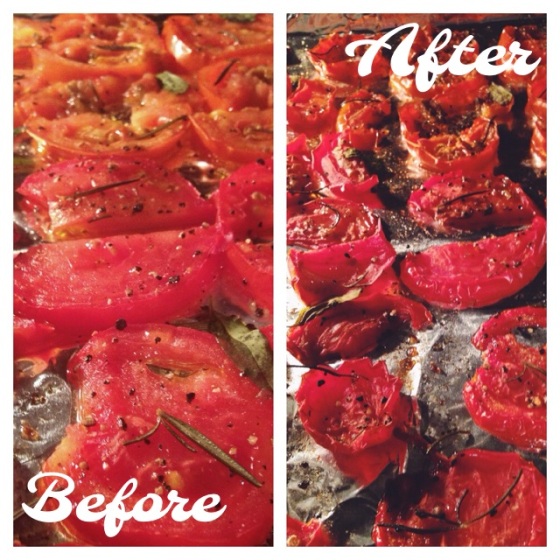 I still have plenty of tomatoes leftover and plan on making another batch, but this time I will make sure they stick around a bit longer – maybe.

Cooking with a Wallflower
hannahduncancreations.com/
Abbey Carpet of San Francisco

Locally owned and family operated since 1962.

Life in West Marin seen through the eye of a needle